We are excited to announce we are now reopen for all treatments and procedures, and that we’re taking additional special measures to ensure the health and safety of our patients and staff. 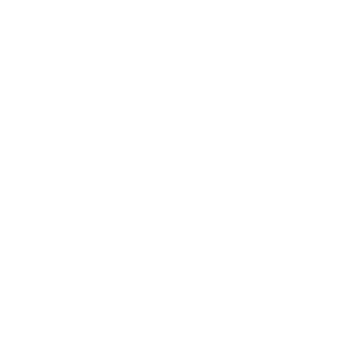 Why Do My Gums Bleed When I Brush My Teeth? Should I Be Worried?

Gums bleeding when brushing can be an early warning sign of gum disease. But there are a lot of other issues that may cause your gums to bleed when you brush, too. In this blog from Forest Lake Smiles, we’ll discuss the most common causes of bleeding gums when you brush your teeth.
‍

When you brush your teeth and gums, you don’t need to put a lot of pressure on your toothbrush. And if you push down too hard or brush too aggressively, this can cause your gums to bleed, even if they’re healthy.

Your gums are delicate, and aggressively brushing can damage them. In some cases, this can even lead to further oral health issues like gum recession. Try being a bit more gentle when you brush to avoid this issue.
‍

2. Your Toothbrush Is Too Stiff

Some toothbrushes are marketed as “extra-firm” or “extra-stiff” and claim to clean your teeth more effectively. Don’t fall for it. These brushes are way too stiff and hard, and may damage your enamel if you brush with them.

Choose a toothbrush that has the ADA seal of acceptance, and has gentle or medium-stiffness bristles. As long as you’re brushing properly 2-3 times a day, these toothbrushes will be more than enough to keep your smile bright.
‍

3. Your Gums Aren’t Used To Routine Brushing And Flossing

If you’ve recently started brushing more often or have introduced flossing into your daily routine, it’s normal for your gums to bleed a little bit for a few weeks. They were likely inflamed due to bacteria buildup, and are not used to regular brushing and flossing.

As you continue your new brushing and flossing routine, you should notice that bleeding slows down a lot, and it should stop altogether after a few weeks. If it doesn’t, you should probably visit your dentist.
‍

4. You’re Pregnant And Have Pregnancy-Induced Gingivitis

Pregnant women go through hormonal changes that make them more likely to develop gingivitis. This usually goes away after they give birth, however. If you’re pregnant and your gums are bleeding, this is probably the cause of the issue, but you should still check with your dentist for more guidance on how to keep your mouth healthy during pregnancy.

If your gums bleed a lot when you brush and floss and this issue doesn’t seem to be getting better over time, it’s likely that you have gingivitis, the first stage of gum disease.

Gingivitis happens when oral bacteria build up between the gums and teeth. This causes the gums to become inflamed and tender as your immune system reacts and fights off the infection. This, in turn, can lead to bleeding when you brush or floss.

Other signs of gingivitis include gum tenderness, halitosis (bad breath) and purple, red, or otherwise discolored gums. If you notice these symptoms, get help right away.
‍

‍If your gums are bleeding a lot when you’re brushing and flossing, and you want to make sure your mouth is healthy, Dr. Jonathan Siverson is here to help at Forest Lake Smiles. Schedule an appointment online or give us a call at (651) 464-8207 to schedule a checkup and get the help you need for bleeding gums in Forest Lake.

don't brush off your dental care